Leavenheath is a highly accessible village located on the Suffolk/Essex border, equidistant between Colchester and Sudbury on the A134. The village is situated adjacent to the Dedham Vale Area of Outstanding Natural Beauty, made famous worldwide by artists, still being recognisable today as it was when painted by Constable and Gainsborough. Also known for its extensive network of countryside walks, Leavenheath forms part of Arger Fen & Spouse’s Vale, known as one of the best bluebell woods in Suffolk. The village maintains a strong sense of community with two traditional country pubs, a village hall and an 18 hole golf club complete with hotel and conference facilities that has previously hosted PGA tour events. In addition to its thriving village life, Leavenheath is much sought after by commuters due to its convenient rail and road links, Colchester North Station with its direct link to London Liverpool Street being 8 miles distant and the A12 trunk road 7 miles distant. Stansted Airport can be reached in under an hour by car.

The Leavenheath office has reinvented the typical approach to estate agency, the purpose built premises opening for business in 2007 immediately accessible for those travelling between Sudbury and Colchester. Our well established team have both NAEA and ARLA qualifications and offer an experienced, comprehensive service in the fields of both sales and lettings to clients and buyers/tenants alike. 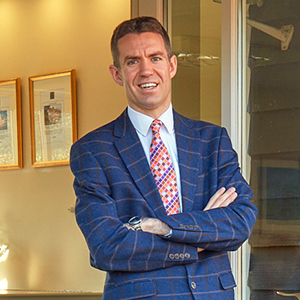 One of David Burr’s company directors, Jack is the office principal for the Leavenheath office. A Branch Manager and member of the NAEA at the age of 23, Jack has been with the company since 2010 since obtaining his BA (Hons) in Contemporary History. With over a decade of experience valuing individual village and country homes, Jack is a familiar face within the locality and well regarded for his work with listed buildings, development opportunities and the conversion of agricultural buildings with many retained clients operating on the Suffolk/Essex border and Dedham Vale Area of Outstanding Natural Beauty. Suffolk born and bred, Jack resides in Long Melford with his wife and twin daughters with his spare time spent running, reading and trying to moderate his temperament on the 5 a side football pitch.

By continuing to browse or by clicking “Accept All Cookies,” you agree to the storing of first- and third-party cookies on your device to enhance site navigation, analyse site usage, and assist in our marketing efforts.