Long Melford is an historic village well known for its famous village green which is dominated by the Holy Trinity Church (once described as the most moving Parish Church in England). It also has two stately homes, Kentwell Hall and Melford Hall, the latter being a National Trust property and both open to the general public throughout the year. This bustling village has a wide range of shops, boutiques, public houses, restaurants and hotels.

The Long Melford office is one of the most established within the group having operated from the same premises next to the ancient Bull Hotel in the centre of the village for nearly 20 years. The building is a busy environment with the hustle and bustle of the Sales and Lettings team throughout the building working alongside Accountancy, Administration and the Humans Resources departments. 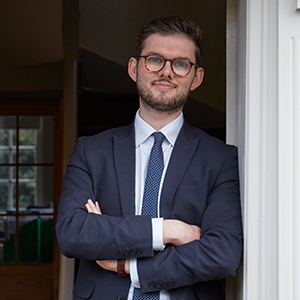 Henry was made a company director in 2021 and has extensive experience in residential sales and lettings having worked in the sector for over 8 years in various markets including central London, the city, Essex and Suffolk. He obtained a first class degree having read Law at the University of Sussex and continues to take a keen interest in the legal aspect of selling and letting property. Away from the office, he enjoys playing tennis, piano, guitar and spending time in the countryside.

By continuing to browse or by clicking “Accept All Cookies,” you agree to the storing of first- and third-party cookies on your device to enhance site navigation, analyse site usage, and assist in our marketing efforts.