It has been much mooted that the government are going to ban wood burners and the use of open fires. Here William Pewter discusses the new legislation regarding wood and multi-fuel burning stoves and how to protect the environment 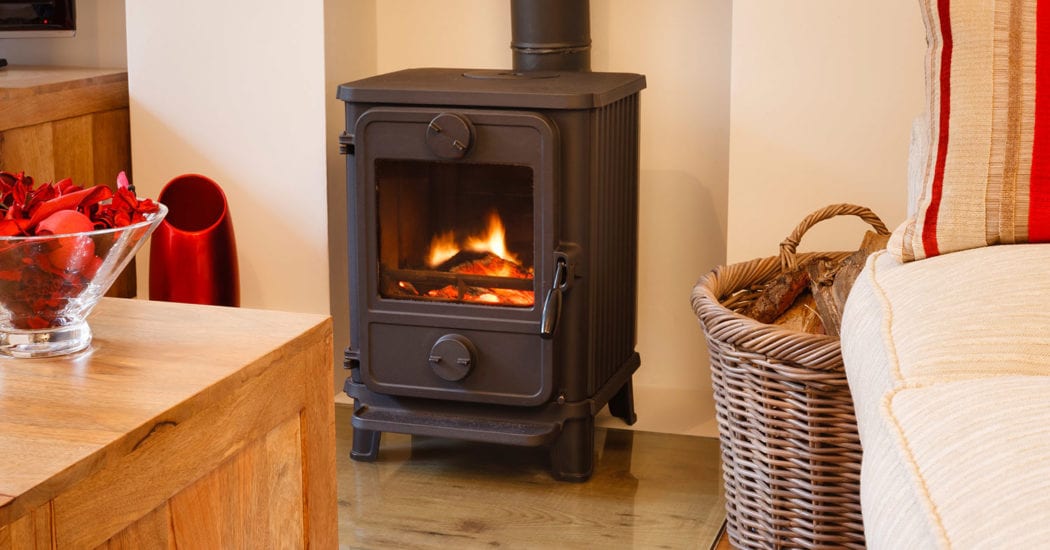 It is thought that over a million UK homes use wood burning stoves to keep them nice and toasty during the winter months, not only as a cost effective but also an attractive way of warming their properties. In January, 2019, the Government announced they are going to ban the sale of wood burners that don’t meet the new standards and introduce certification for wood burning stoves that meet the new green standards. These new green, clean stoves will be Ecodesign compliant and be efficiency rated.

The Government’s Clean Air Strategy 2019 states that “air pollution is the top environmental risk to human health in the UK, and the fourth greatest threat to public health after cancer, heart disease and obesity. It makes us more susceptible to respiratory infections and other illnesses, and we estimate that the actions outlined in this document could cut the costs of air pollution to society by £1.7 billion every year by 2020, rising to £5.3 billion every year from 2030”.

What does this mean for existing owners of wood and multi fuel burning stoves?

Basically the dryer the wood you burn, the better, says William. The majority of outlets selling wood are only now selling Government recommended Woodsure Ready to Burn scheme wood, which contains around 20% moisture. The less the moisture content of the wood you burn, then the greater the heat. This will also improve the emissions and our environment.

If you chop your own wood, then it is recommended you leave it for around two years, covered, but given the ability to breathe and properly dry, which will be more environmentally friendlier to burn. It is thought that a tree, when cut down, can contain somewhere in the region of between 40% and 60% of water within the woodier parts, water by weight, so you can clearly see the benefits of allowing ‘own cut’ wood to dry out.

It is though that domestic burning of wood or coal contributes around 38% of damaging emissions in the UK.

The newer stoves will produce more heat, less smoke and soot and the legislation means that only the cleanest fuels will be available.

As with all wood and other open fires, William recommends regular sweeping of the chimney flues. This will minimise the emissions from your stove/fire and ensure not only you alleviate the possibility of a chimney fire but also adhere to your properties insurance demands.

This seems to be a recent ‘inclusion’ on many house insurer’s policies and one you should check!

If you are utilising an older stove then it may be time to consider replacing it with a greener, cleaner and more efficient environmentally friendly stove.