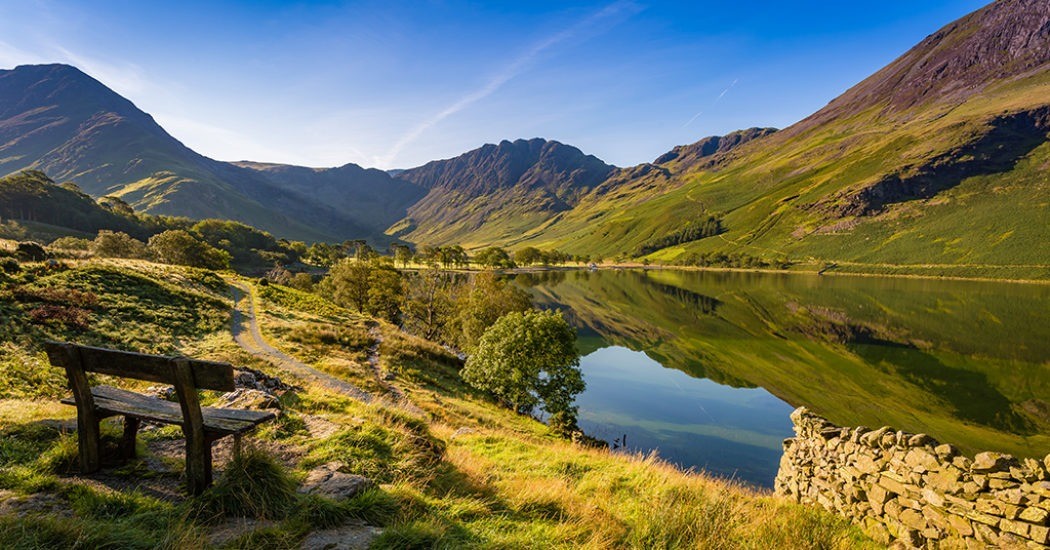 With questions being raised about what our exit from the EU could mean for Britain to England’s diabolical result in the Euros it has been a week of ups and downs for the whole nation.

Whether Brexit will make ‘Britain Great Again’ is one which has and will be debated endlessly along with who to blame for the loss against Iceland. Long term forecasts are more often than not speculative and actually we won’t know the effect Brexit will have on our country or in particular, the housing market, until the time comes.

Amidst all the uncertainty we try to remind you why Britain is in fact ‘Great’, put the kettle on, put your feet up and enjoy our lighthearted look at the Best of British…..in todays article we look at Britain’s five most beautiful holiday spots

Birling Gap and Crowlink, near Eastbourne in East Sussex, are part of the world famous Seven Sisters chalk cliffs, one of the longest stretches of undeveloped coastline on the south coast.

One minute you can be walking on ancient downland, the next you could be rockpooling below towering cliffs of chalk. Spectacular, unspoilt views of the sea can be seen from all angles.

Birling Gap provides a point of entry for delightful walks and you can find a café, shop and visitor centre here on the cliff top. The beach below is ideal for seaside picnics with its rock pools and areas of pebbles and sand. It is a great example of a marine nature reserve.

The wild forces of the sea create unusual chalk platforms and huge heaps of gleaming white chalk as the cliffs erode at up to one metre a year. For a more secluded walk venture inland at Birling Gap or Crowlink. With over 500 acres of open chalk grassland the area is rich with butterflies and downland flowers. Nearby sites of archaeological interest, like Belle Tout neolithic enclosure, have much to tempt families further along the coast.

Coastguard Cottage – Park in the public car at the Seven Sisters Country Park or alight from the 12, 12A or 12X heading in the direction of Brighton and walk westerly towards the Cuckmere Inn. Turn left through the inn car park and take the public footpath which leads directly to the Coastguard cottages and the most amazing view possible of the Seven Sisters.

Cuckmere Haven – An excellent place with a mixture of things to do. If you are a climber, go up the cliff. If you just want to relax, spread your picnic mat and lay down next to sea or river mouth.

Birling Gap – This beach is great when the tide is out. You even get areas of sand. You can go rock pooling, paddling as the water isn’t deep as well as enjoy the history, see the erosion of the cliffs and how nearly half the fisherman so cottages have gone over the edge.

The Pembrokeshire Coast Path National Trail hugs the coastline for 186 miles or 299km of some of the most breathtaking coastal scenery in Britain.

From St Dogmaels in the north to Amroth in the south, the trail covers almost every kind of maritime landscape from steep limestone cliffs, undulating red sandstone bays, volcanic headlands, beaches, estuaries and flooded glacial valleys.

Lying almost entirely within the Pembrokeshire Coast National Park, the trail displays an array of coastal flowers and bird life, as well as evidence of human activity from Neolithic times to the present.

Completing the Coast Path in one go, taking on average between 10 to 15 days, is quite an undertaking. The ascents and descent are said to be the equivalent of climbing Mount Everest; 35,000 feet!

Most visitors walk a short section at a time, adding a piece to the jigsaw each time they visit and make good use of the Coastal Bus Service, which serves the rural communities and coast path walkers.

Pembroke Castle – Birthplace of Henry VII and idyllically set on the banks of the river estuary,
this mighty fortress is steeped in British history… A true wonder of Wales.

Barafundle Bay – “Wow!” is probably the best way to describe this beach.  A small bay backed by dunes and pine trees, accessible only by a half mile walk from the nearest car park. Swathes of golden sand and crystal clear waters.

The Lake District (or Lakeland, as it’s often known) is by far and away the UK’s most popular national park. Every year, some 15 million people pitch up to explore the region’s fells and countryside, and it’s not hard to see why. Ever since the Romantic poets arrived in the 19th century, its postcard panorama of craggy hilltops, mountain tarns and glittering lakes has been stirring the imaginations of visitors.

Take it all in on a traditional steamboat chugging through tranquil lakes, or scale the highest mountains England has to offer and enjoy a jaw-dropping view. From the top of Scafell Pike it’s easy to see how Cumbria’s lakes captivated William Wordsworth and Beatrix Potter. If tranquillity isn’t enough for you, then why not race through the Lake District on a mountain bike or enjoy the scenery from the middle of one of England’s fastest growing music festivals, Kendal Calling. You may as well sample some of the town’s famous Kendal Mint Cake while you’re there too, after all it got Edmund Hillary to the summit of Everest.

Visit Wordsworth’s House – This whitewashed cottage near Grasmere was William Wordsworth’s first home in the Lake District. Now owned by the Wordsworth Trust, the cottage is full of memorabilia.

Ah, Cambridge. Full of history and well-heeled cleverness, and one of the few cities in the country where you can happily spend hours just wandering around looking at things. And as a bonus, it’s one of Britain’s most bike-friendly cities, so bring your trusty steel steed along to experience some of the best bike paths in the country.

Abounding with exquisite architecture, oozing history and tradition and renowned for its quirky rituals, Cambridge is a university town extraordinaire. The tightly packed core of ancient colleges, the picturesque ‘Backs’ (college gardens) leading on to the river and the leafy green meadows that surround the city give it a far more tranquil appeal than its historic rival Oxford.
The buildings here seem unchanged for centuries, and it’s possible to wander the college buildings and experience them as countless prime ministers, poets, writers and scientists have done. The sheer academic achievement seems to permeate the very walls, with cyclists loaded down with books negotiating narrow cobbled passageways, students relaxing on manicured lawns and great minds debating life-changing research in historic pubs. Meanwhile, first-time punters zigzag erratically across the river, shoppers stroll unhurriedly through the Grand Arcade, and those long past their student days wonder what it would have been like to study in such splendid surroundings.

A punting tour – Punting is a traditional Cambridge pastime. When you take a punting tour you’ll get to see famous landmarks like the Bridge of Sighs, all while relaxing and floating down the River Cam.

Churches and Chapels – Cambridge is home to some of England’s most beautiful churches and chapels. St Peter’s Chapel is the smallest church in Cambridge and dates back to the 12th century. St Mary the Great  is known as the university church and all distances in Cambridge are measured from its location and of course don’t miss King’s College Chapel  which is a true masterpiece of English craftsmanship.

The Isle of Skye (an t-Eilean Sgiathanach in Gaelic) takes its name from the old Norse sky-a, meaning ‘cloud island’, a Viking reference to the often-mist-enshrouded Cuillin Hills. It’s the second-largest of Scotland’s islands, a 50-mile-long patchwork of velvet moors, jagged mountains, sparkling lochs and towering sea cliffs. The stunning scenery is the main attraction, but when the mist closes in there are plenty of castles, crofting museums and cosy pubs and restaurants; there are also dozens of art galleries and craft studios (ask at Portree tourist office for the free Gallery & Studio Trails booklet).

Along with Edinburgh and Loch Ness, Skye is one of Scotland’s top-three tourist destinations. However, the hordes tend to stick to Portree, Dunvegan and Trotternish – it’s almost always possible to find peace and quiet in the island’s further-flung corners. Come prepared for changeable weather: when it’s fine it’s very fine indeed, but all too often it isn’t.

​Swim in the Fairy Pools – The Fairy Pools in Glen Brittle are deep blue pools in the river filled with crystal clear water from the Cuillin. These pools have become popular for ‘Wild Swimming’. Are you brave enough to swim in these magical pools?

Walk up to the Old Mann of Storr – This large pillar of rock known as the ‘Old Man’ dominates the landscape in the north east of Skye. Walking up to the Old Man is not difficult and rewards you with some wonderful views.

Dunvegan Castle – A visit to Skye is incomplete without savouring the wealth of history offered by Dunvegan Castle and Gardens. Dunvegan is the oldest continuously inhabited castle in Scotland and is the ancestral home to the Clan MacLeod.