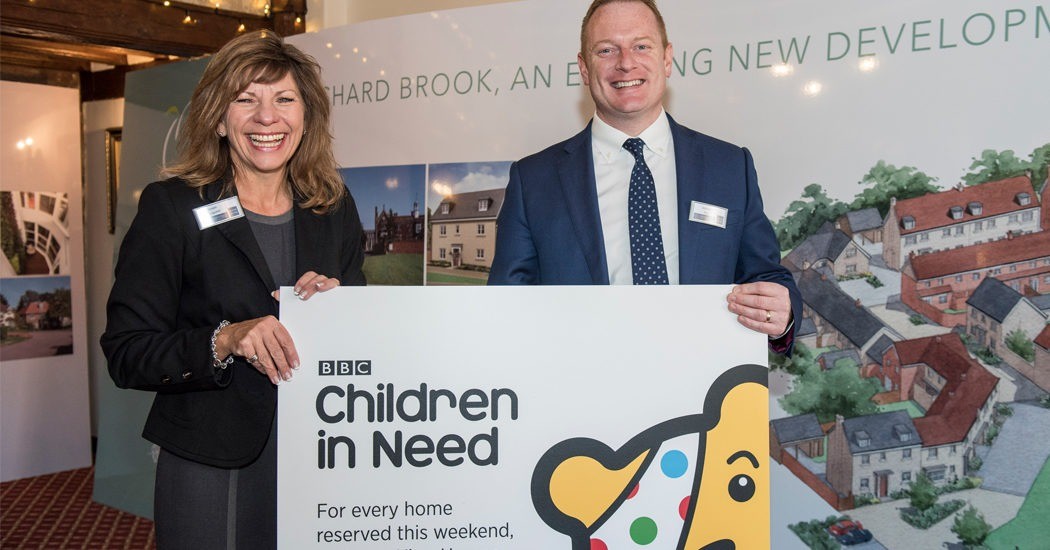 Friday 18th November saw the launch of the long awaited Orchard Brook development in the heart of Long Melford (formally the Fleetwood caravan site). The site caused much controversy during its planning stages however it was clear from the many people who attended the launch weekend that it is going to be very popular. The site itself consists of everything from retirement properties with a warden, bungalows, 2, 3 and 4 bedroom houses.

The managing director of David Burr, Steven Ray (pictured with the sales director of Nicholas King Homes, Susan Jacquest) agreed to donate £100 for every reservation that was made at the weekend. Over 400 people attended the launch over 2 days resulting in a significant four figure sum being donated to Children In Need. David Burr are the sole selling agents for the site and can be contacted on 01787 883144.