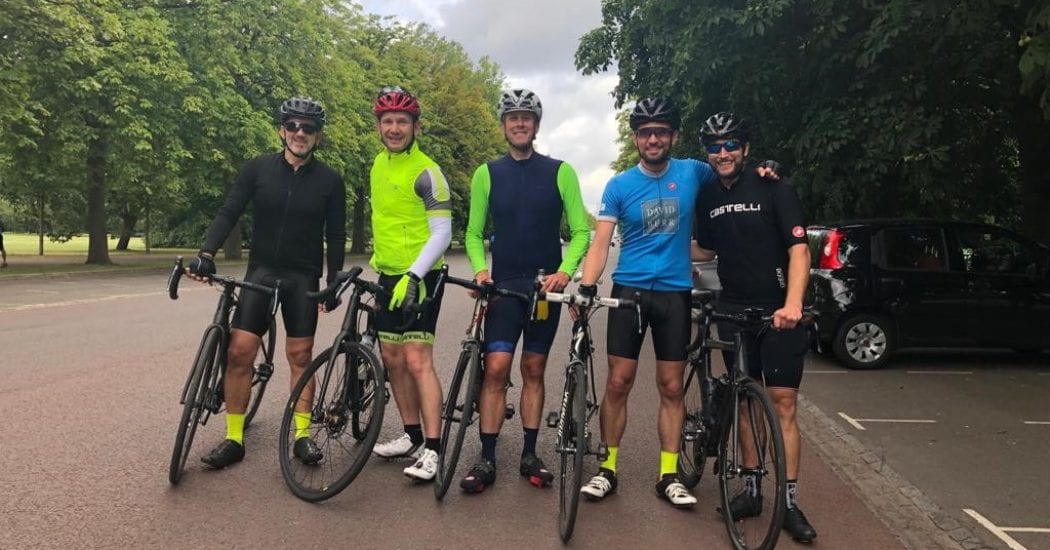 One of directors, Nick Mills has recently completed a cycling challenge, riding from Paris to London in less than 24 hours!

Nick, who’s office principal at our Clare office, is a keen cyclist and completed the trek with four friends. These included his father-in-law, Richard Youngman who has been raising money for the British Heart Foundation.

Starting in Paris at 9 am on Monday morning, Nick and his fellow riders successfully completed the 280-mile trek, arriving in London twenty-one-and-a-half hours later.

Along with his wife, Jane, Richard joined the Sage Foundation cycle group to take part in the Hot Chillee London to Paris event. Taking place over three days, they endured 38-degree heat, as well as heavy rain, but successfully completed the 500km, 18,000 feet, challenge.

On top of that, Richard also took part in the La Marmotte Supportive and the Paris to London ride in just 24hours!

To see more about their challenge and to donate visit their fundraising page.