Out of left field

He owns woodland in Essex and has been seen on television recently, hunting buried treasure in Suffolk. Meet Mackenzie Crook, an actor busy mining a rich seam of quirky roles on the big and small screen. 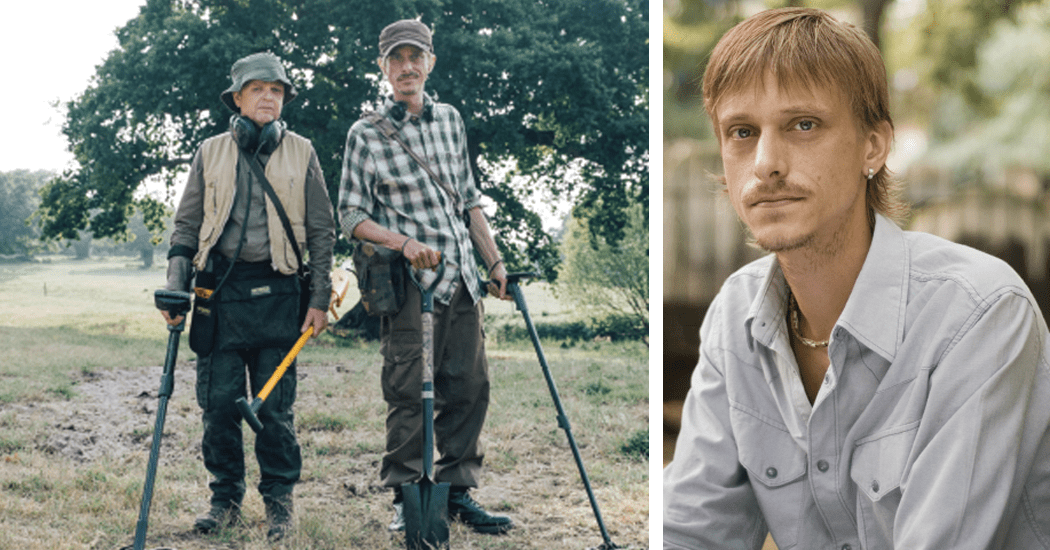 Mackenzie Crook’s career on-screen has played out somewhat like the man himself. Appearances in the billion-dollar Pirates of the Caribbean franchise, recent Sky Atlantic Game of Thrones challenger Britannia, and well-loved cult comedy The Office, give the actor’s work a deserved sprinkling of recognisability and, in some cases, even Hollywood glamour. But the real Crook is as far removed from any big screen star as could be.

Softly spoken and eminently keen to discuss – among other things – his love of “fringe hobbies” and “woodland management”, Crook’s latest endeavour, The Detectorists, is indicative of his charming, understated persona, which is hardly surprising, given the native north Londoner wrote, directed, and starred in it.

“I think that it was more the relationship between two middle-aged men which I wanted to explore first of all,” agrees the 46-year-old. “The first thing that I wrote was the two bits of dialogue about two blokes out in a field, just talking rubbish. It was only then that I came to the hobbies – I wanted to explore men and their hobbies. Especially hobbies that weren’t sport-related.

“The way it developed was a nice surprise… it also meant I was able to get out and enjoy the Suffolk countryside too which, you know, is always a bonus!” ‘ The resulting show, in which Crook stars alongside Toby Jones as a pair of amateur treasure hunters, has been somewhat of a sleeper hit for the BBC and its creator. Critical acclaim came in the form of dual BAFTA awards for Best Situation Comedy and Best Writing, while the show quietly developed a growing legion of committed fans.

“Of everything I’ve done, it’s probably the thing I am most proud of,” Crook nods. “It has a very nice feel to it and I think, where modern comedy is concerned, people want to watch something new and something different. They want to feel transported into the lives of different people with strange hobbies and interests, and we certainly gave them that.”

It’s not just his affable chemistry with co-star Jones, or the reception of his passion project that has made the three series of The Detectorists appear more like leisure than work. Though set in the fictional town of Danebury, Essex, the show gave Crook the chance to shoot mostly around the town of Framlingham. And the Suffolk scenery appealed to this self-confessed aficionado of “forest management”.

“Suffolk seems forgotten as a major filming location, so we sought to change that,” he laughs. “I know everyone involved just couldn’t get enough of the tranquillity, and it was a pleasure to show it off.

“I’ve done some plays before which were steeped in the folklore of British ancestry and the British landscape in particular. I’ve always loved where I live and that makes me feel a lot more deeply about England and its place and also my place in it. So that was a big inspiration – and East Anglia, and that part of Suffolk especially, really captures that sort of mythology, as well as being full of ancient history and archaeology.”

Crook’s quick to point out that “as soon as we came to Suffolk, we just knew it was the place to shoot. It had everything we were looking for”, but he’s not the only one enamoured with the town. Jones called the area “almost jaw-dropingly beautiful”, and there was a story about a pair of dedicated Detectorists fans packing up and moving to Framlingham after watching the show, leaving behind their home in Arizona!

Crook clearly loves the countryside, in fact, he owns some woodland in Essex. “It’s funny how work and pleasure interact sometimes,” he says. “It all started a few years ago when I was desperate to buy a piece of woodland. I had a look at what was coming up for sale in the south east, as it had to be a drivable distance from my home.

“I was brought up in Kent and I guess was imagining picking up somewhere down there, but the plot we found in Essex was about an hour’s drive from home and perfect in every way.

‘We spend a lot of time there. We go camping, learn about forest management and create nice natural spaces. It’s eight acres, which is plenty.”

“When I was younger I thought I would possibly go into some sort of outdoor career… but that didn’t happen, and I ended up doing acting.

“But it was great spending the days out in the countryside filming, it just reignited all those old feelings that I had. And I hope to spend a great deal more time in between projects enjoying this part of England.”

“And I do detecting,” he retorts with a smile. “I didn’t before, but now it is one of my fondest hobbies.”