At Christmas time we undertake a lot of rituals in the UK that appear strange to those from other countries. The wearing of festive jumpers, eating mince pies and Christmas puddings, and sending cards are all traditional British customs. Even the choice of turkey for dinner is a British based tradition – more on that later. 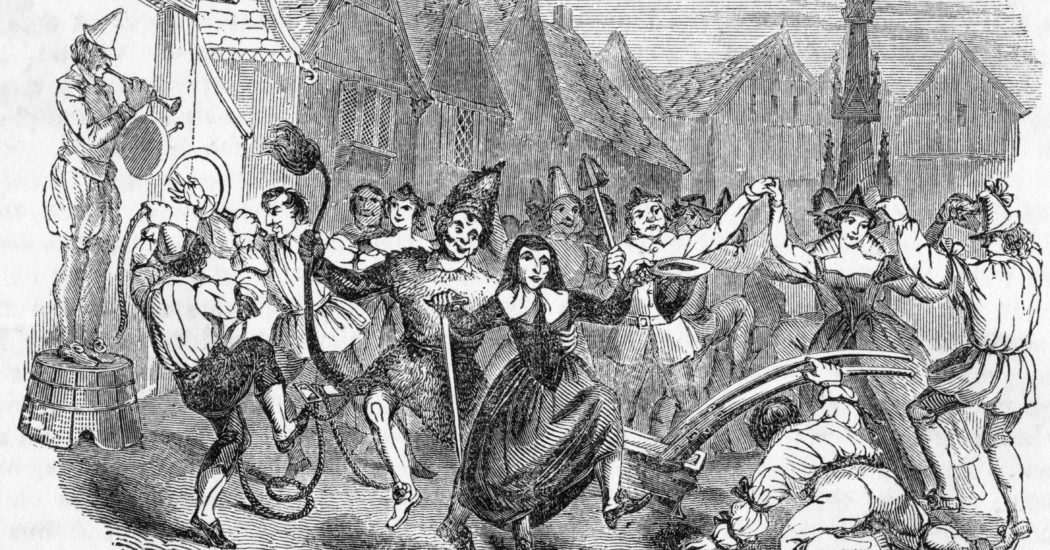 Then there are the traditions which have even us Brits bemused. Burning clocks in Brighton, enthroning a Boy Bishop in Hereford or the Celebration of the Christmas Cheeses in Chelsea. All are customs that have survived the onset of time.

In East Anglia we have some of these interesting traditions of our own. Here are some of the best…

A typically British thing to do, swimmers across the country dive into the icy waters surrounding our island at Christmas. Outfitted in fancy dress, they aim to raise money for charity.

A bracing swim can be good for the spirit, as well as for the organisations represented. Last year Lowestoft’s Christmas swim raised over £10,000 for local causes. They’re looking to better that this year, as they celebrate the event’s 40th occurrence.

Other swims are being held at Southwold and Felixstowe.

One tradition that is now not replicated (probably on the grounds of animal rights!), is the driving of turkeys from East Anglia to London. Back in the late 17th Century, turkeys were beginning to gain in popularity in London. So, to maximise sales, the farmers of Norfolk and Suffolk used to march their birds the 100 miles plus to markets in the capital.

This caused traffic jams and took around three months. It was also hard on the birds’ feet. To counter this, the turkeys were shod with leather boots. The geese were less accommodating and wouldn’t wear the shoes. Instead, they found their feet dipped in tar and covered with sand! 1,000 turkeys could be managed by only two drovers, but progress was slow. Turkeys walk at about one mile an hour, so the first flocks had to set off in August!

Nowadays we have lots of customers looking to make the move from the city to the country. If you wish to make the move to East Anglia contact our London office on london@davidburr.co.uk. They’re experts in relocations and can help you find a property in the region.

The ceremony of the Cutty Wren – Middleton, East Suffolk

Ever heard of catching and killing a wren at Christmas time? No?.. Well this strange tradition is still alive and kicking in the Suffolk village of Middleton, near Leiston, albeit with a carved wooden version than a live bird – this is the 21st Century after all!

Hundreds of years ago, this was a common sight across many parts of England, Ireland, Wales, the Isle of Man and France. It’s believed that Middleton was one of the last places in England where the ritual survived, even continuing into the early 20th Century.

Revived in 1994 by the Old Glory Molly Dancers, the annual custom has been faithfully reinacted ever since.

Dressed up in traditional Victorian dress, the dancers parade through the main street to the Bell pub. First comes a man with a broom, sweeping the path so it’s clean for an elegant lord and lady who precede him. All three men (only men danced originally, and this tradition has been continued) are followed by the Wren-bearer, more men in hats and overcoats, and the musicians (the women).

Following a display of molly dancing (a form of Morris dancing), everyone is invited to dance in a circle around the Wren, before the Wren-bearer enters the Bell to tell the story of the wren and how it became king of the birds.

Following one more dance, they all silently depart. A seemingly fitting end to a strange tradition.

Plough Monday in Cambridgeshire and Suffolk

Molly dancing is not only alive in Middleton. Across Cambridgeshire, modern day molly dancers keep the ancient tradition of Plough Monday alive.

Celebrated on the first Monday after Epiphany – the first day back at work after Christmas for farm labourers – Plough Monday harks back to the days when farm labourers had little work to do in the winter months.

As the work was scarce, labourers would drag a decorated plough around the larger houses in the village, begging for money. By blacking their faces with soot, they became unrecognisable. As well as the entertainment provided by musicians, an old woman or a boy dressed as an old woman and a Fool dressed in animal skins, there was also the threat of a furrowed garden should you not pay a little!

Nowadays, Plough Monday events take place around the county, including at Rumburgh, Suffolk by the Old Glory Molly Dancers (those of Cutty Wren fame). Dragging a plough from the church to the inn, the Dancers perform a display, before toasting the plough, singing a Plough Monday song and burning greenery from the musicians’ hats.

David Burr can help you move home in East Anglia

If you’re looking to move in East Anglia, you’ll need an estate agent with excellent local knowledge. We’ve been selling homes in the region for over 20 years and are familiar with the local area and its traditions. With 8 offices across the region, we are ideally placed to help you move in East Anglia.

To find out more, please contact your local office or register as an applicant.